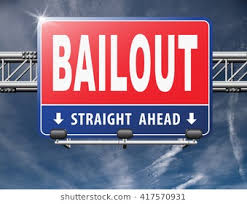 An otherwise excellent Chicago Tribune summary of the proposed Comprehensive Climate and Equitable Jobs Act (CCEJA) was marred by the oversimplified one-line explanation for critics’ opposition to continued Exelon nuclear plant bailouts.  While legitimate to question and oppose bailing out a profitable corporate welfare queen like Exelon, the real reasons are more numerous and complex.

Looking at the nuclear industry generally and Exelon specifically, it is apparent how intimately entwined reactor bailouts are with corruption and illegal activity.  Rewarding such admittedly criminal activities with ratepayer financed bailouts is simply reprehensible public policy that should not be legitimized by the Legislature.

The ComEd/Exelon $200 million fine and admission of guilt for illicit lobbying activities (which some allege helped pass the 2016 $2.35 billion nuclear bailout) is not an isolated incident.  Ohio’s nuclear scandal involving the former First Energy’s Davis Besse reactor resulted in an FBI indictment of their House Speaker and four others, and revealed a $60+ million bribery scheme.  South Carolina’s former SCANA CEO Kevin Marsh recently pleaded guilty to federal conspiracy fraud charges involving a cover-up of financial troubles regarding SCANA’s $10 billion V.C. Summer nuclear project.  And now that his star has fallen, there is suspicion and calls for investigation that former NY Gov. Mario Cuomo may have “facilitated“ Exelon’s $7+ billion acquisition and bailout of New York nuclear plants.

Beyond scandal and corruption, Exelon’s nuclear bailout should also be opposed for the issues NOT explored in CCEJA or by the Legislature, among them:  the implications of Exelon’s “SpinCo” LLC running Illinois money-losing reactors without adequate company financial backing; the potential need for huge capital improvements to keep the plants running safely; the added production of 600+ tons of high-level radioactive waste which otherwise would not be produced; inadequate financial protection of the reactor workers and communities which will have to deal with inevitable reactor closures and becoming de facto radioactive waste storage sites.

Finally, the naiveté that you can achieve a renewable energy future while simultaneously bailing out Exelon’s reactors is astonishing.  Any money spent on nuclear is money not available for new renewables and efficiency.  Grid monitor PJM has already certified that the lights will stay on even if these reactors close.  “Climate Code Red” means we have to get to 100% renewables directly and fast.  Wasting money on aging nuclear plants “…as the state tries to boost its use of wind and solar power…” is futile, ignoring the sage advice of Master Yoda, “Do or not do.  There is no try.” 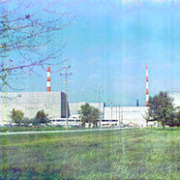 ILLINOIS ENERGY TRANSFORMATION #28: Getting Our Money’s Worth with Nuclear Power? Caveat Emptor! 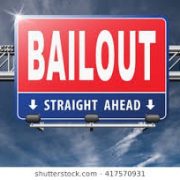 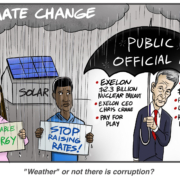